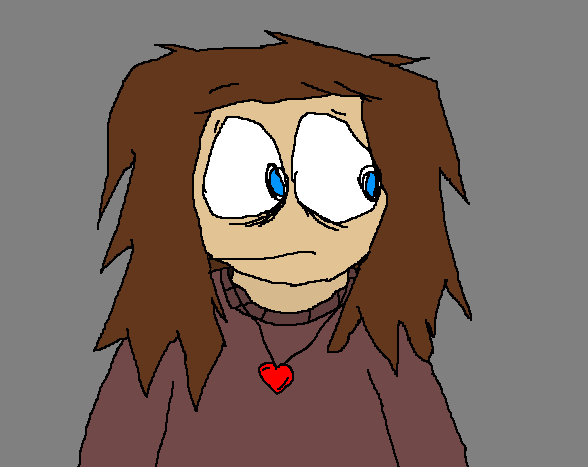 well, you want to know more about me, right? the person making this website?
okay, i guess. i'm mostly doing this because it's probably not very obvious what the fuck
is going on if you just read through my site without any context, except for maybe the journal page.
maybe it's better that way and i'm ruining the MAGIC, i don't know. whatever.

here's the BIG DEAL. the quick rundown. the skinny, the summary.

my name is az'. that's what i sort of go by online, at least. it feels right somehow.
i'm 20 years old.
i don't like cheese on anything except for italian foods like pizza and lasagna (and cheese snacks i guess).
i'm male. a man. a miserable pile of... something or other.
i like undertale a lot, can you tell? i've played it like 25+ times. not kidding.
my favorite color is light blue.

also i have a TULPA!!! there i'm just coming out to say it!!! i have a tulpa!!!
he's based off of chara, from undertale.
i fell in love with the character and decided to make him real, to give him a better life than what he had basically.
and, you know, because i could hardly handle to live without him.
so it's a win-win basically. but anyway.

what is a TULPA, you may ask? well, just look it up. well maybe that's bad advice, because there's a lot of weird information on the subject, sometimes kind of just made up.
i guess basically it's another independent entity in your head that you create, and they can talk to you and interact with you (mentally) and stuff, they're essentially a real person sharing your head.
yeah. pretty cool.
well, i manifested one who's EXTRA cool because he's chara from undertale, who is the coolest person ever (to me).
and HE is a MALE!!!!! a MALE with a BIG BOY PENIS!!!! (to me).

so there's that out of the way i guess. i don't know, what else?
i guess i have an interest in vintage stuff like old game consoles, and old camcorders especially.
i like drawing as you can see, and writing, and i'd like to make a video game one day.
i'm extremely mentally ill in various convoluted ways, but you know that already right? yeah.
oh yeah, i was homeschooled my whole life ever since i was in first grade.
people usually brush that off but i think it affects a person a great deal.
well, at least if you're like me and had no social interaction outside of church.
uhhhhh what else what else......
i dunno. that's it i suppose. thanks for reading.